WARNING - This site is for adults only!

The 2021 AVN Award Nominees have been announced & if you scan the list, you'll see some familiar Hussie Pass names on there!  They are:

Congratulations to everyone that's been nominated in the Hussie Pass family!

Got Trouble? Double It With The New Hussie Auditions DVD!

HOLLYWOOD - This may be the strangest year on record for most, but there are some things that just can't be stopped – like a new DVD from Hussie Pass!

This is a very special edition that absolutely had to come out before the holiday season. It's four scenes of two-guys-and-a-girl fun and three of those girls had never been with two guys before, which is all the better.

It's a great group of gals, too: Natalie Porkman, Indica Flower and Scarlett Fall. One after the other they relinquish control to their chosen studs and come out stronger, sexier and slicker for it.

This wasn't Natalie's first time taking on two cocks, but she was still pretty new at it. It was her second time with two guys on camera and she said this would be better than her previous attempt: “Now I know how to do it better,” she says before the scene.

“Before I didn't know how to suck them both at the same time, so I didn't. This will be better!” She was right – her multitasking was absolutely on point. Brian Omally and Will Pounder took turns with her tight pussy and filthy mouth and left Natalie dreamy-eyed and cum-covered, just the way she likes it.

Indica was another firstie! The delightful hippie chick had never been with two guys at once, so Brian Omally and Oliver Flynn will definitely have a special place in her heart forever and ever. She was also the first dreadhead on HussiePass.com, so lots of firsts here.

She doesn't seem to get nervous and while it might take a minute for her to get the rhythm of taking on two cocks, she is good-spirited and it's charming to watch her figure it out. They guys give her a good run for her money. “I feel rejuvenated!” she said after the scene. “All that adrenaline….”

If anyone ever asks who Scarlett shot her first BBG scene with, you can tell them it was Oliver Flynn and Brick Danger – and tell them it was for Hussie Pass! Petite, slender and beautiful, this former gymnast shows off with a few moves before the scene and that endurance and flexibility comes in handy when a couple of pecker pros are coming at you.

The guys are way into it and that excitement seems to fuel her pussy fire – Oliver at one point gives her a touch and says, “It's dripping! It's legit dripping!” The post-scene interview was interrupted by Oliver and, well, let round two begin! What a sport!

Natalie is represented by Hussie Models, the only talent agency licensed and bonded in both California and Florida. For more information and to book Natalie Porkman go to her Hussie Models page.  She is available for BG, BGB, BJ, deep throat, fetish, GBG, swallow, taboo, and her first blowbang is available. Her Twitter is @NataliePorkmanX and her OnlyFans is @NataliePorkmanX. 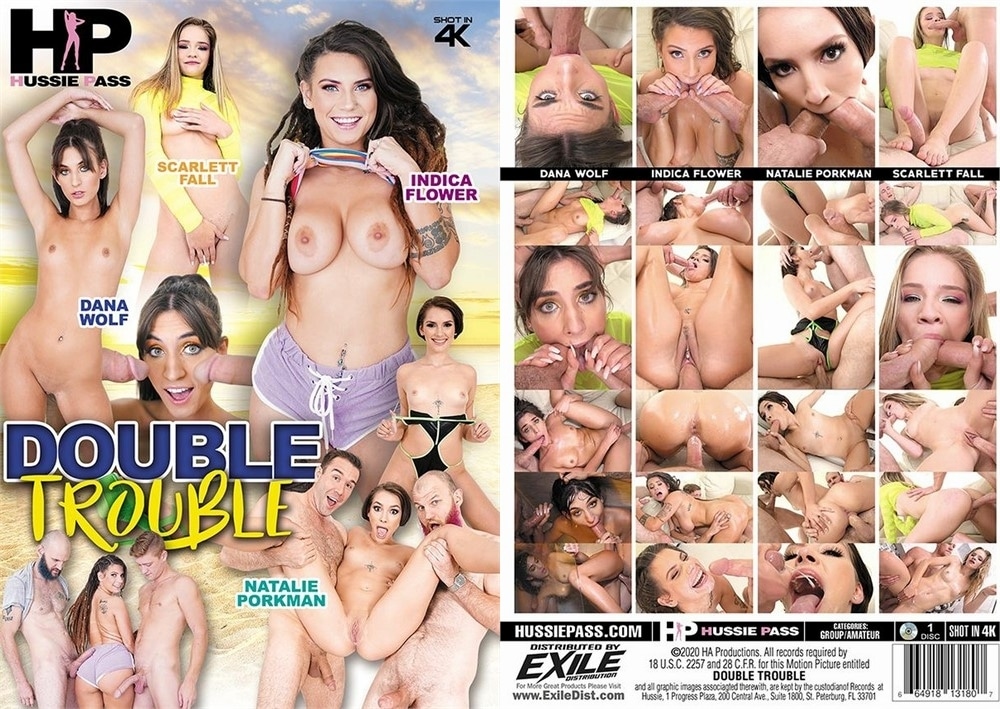 The original Press Release can be seen at Rising Star PR

As we're sure you've noticed, Hussie Pass got a complete makeover. All of the scenes are still here and we even fixed a couple of broken ones.

We know it'll take a little bit of time for everyone to get used to the new layout, so all we ask is that you give it a shot.

If you do happen to find anything that's not working, please contact our support department via email and they will get it fixed up ASAP.

This Is Our Blog

This is our Blog. There are many like it, but this one is ours...

Get Your Hussie Pass Now!